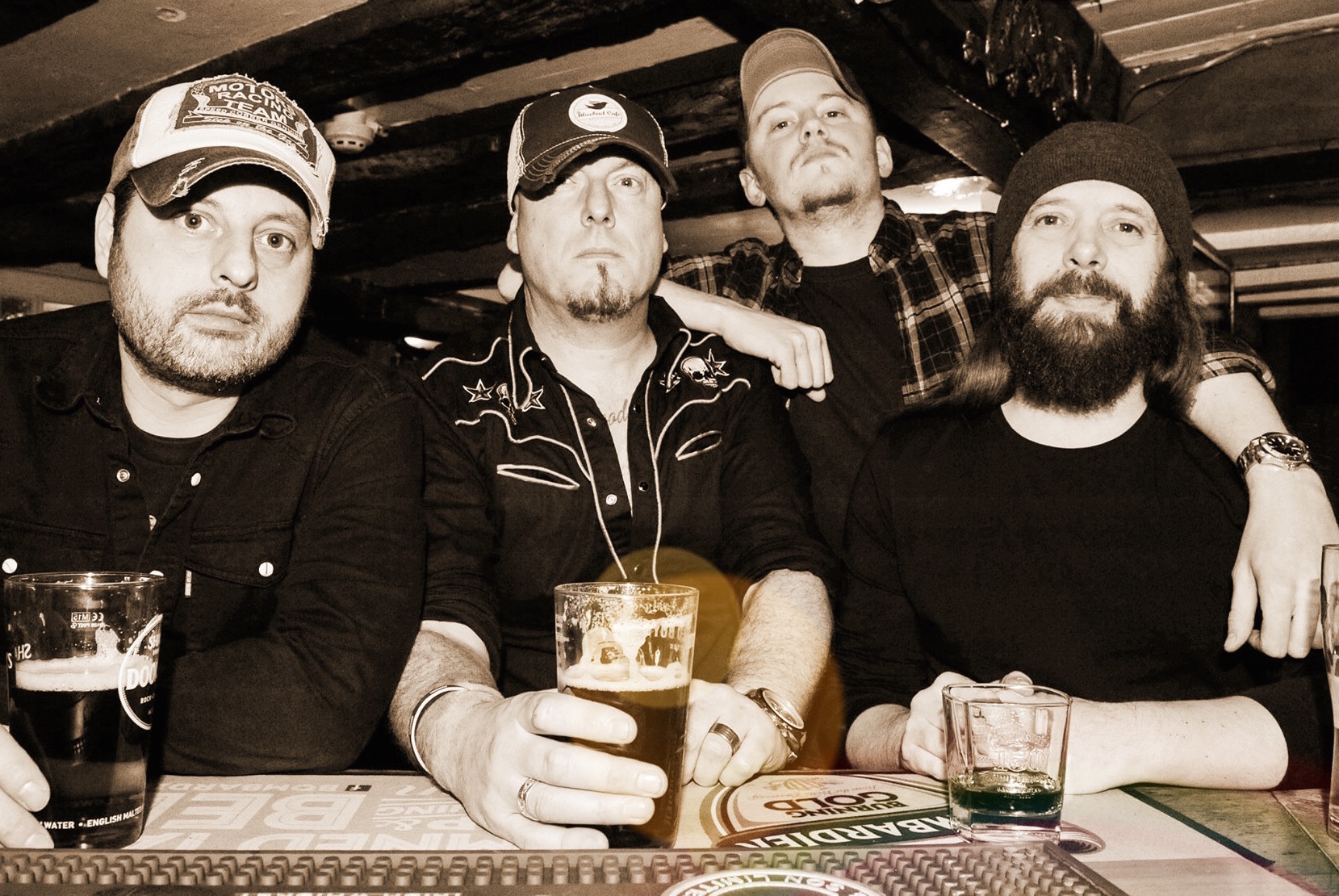 GETTING TO KNOW NO GOOD SONS
by Jacqueline Jax host of A.V.A Live Radio

The secret to getting the band to gel is to have respect for each other.  It’s really important to know each other and embrace the influences that each member brings to the collaboration. Everything we do starts with fun and enjoying this time. We aren’t focusing on trying to pursue fame, we just want to get the music right and enjoy performing it for a live audience.

Music business..
The music business has changed so much over the decades, from record labels to management companies; it’s all just completely different. We have been quite lucky so far in the fact that our other guitarist Martin is also our producer, as well as long term friend. He has done an amazing job on the record, and from having it completed, we have so far just kept it digital.

On the day of our album launch, we hit number one on the Amazon Rock Download chart, and finished the day number two, beating the likes of Metallica, Queen, Robbie Williams, which was just simply amazing. We had local press write an article on us, and we seem to be hitting the US airwaves on radio stations across the entire country. Recently we have hit Australia and Canada. Were just amazed at the support and how quickly this has all come across. Album released 9th Dec 2016, and so far it’s been non-stop. It’s been a great ride, and one we want to continue.

Do You Remember…
This track is the start of our story on the album. This is where a person finds love, and goes back to someone that maybe they shouldn’t, they had been messed about in the past, and thrown away like a rag doll, but that love was so strong, that they just couldn’t help but go back.

I started writing this when I bought my last guitar, and just came up with the melody whilst trying this guitar out at a store, and thought, that’s quite a catchy riff, and I bought the guitar, took it home, and plugged it in and started writing the start of this story.

Our album…
has so much influence from some of our favourite artists, which gives it such a diverse and wide range of music for people to listen to. So if you don’t like one track, you may like another. We have got a core southern blues rock vibe throughout, but as the story goes on you get a few heavy tracks, and a ballad that has a Hispanic twist, so it’s really got a bit of everything for everyone, which we love.
Influences…
Ken Lingus – Tough one, but if I had to pick one, it would be Billy Gibbons.
Why – Country, Rock and Blues are my 3 main food groups for guitar and song writing, so to have a beer with Mr Gibbons, and talk about the rise of ZZ Top back in the day, and how he manages to keep his beard from getting caught in the strings when playing solo’s. The man’s been an icon of mine since I started playing guitar.