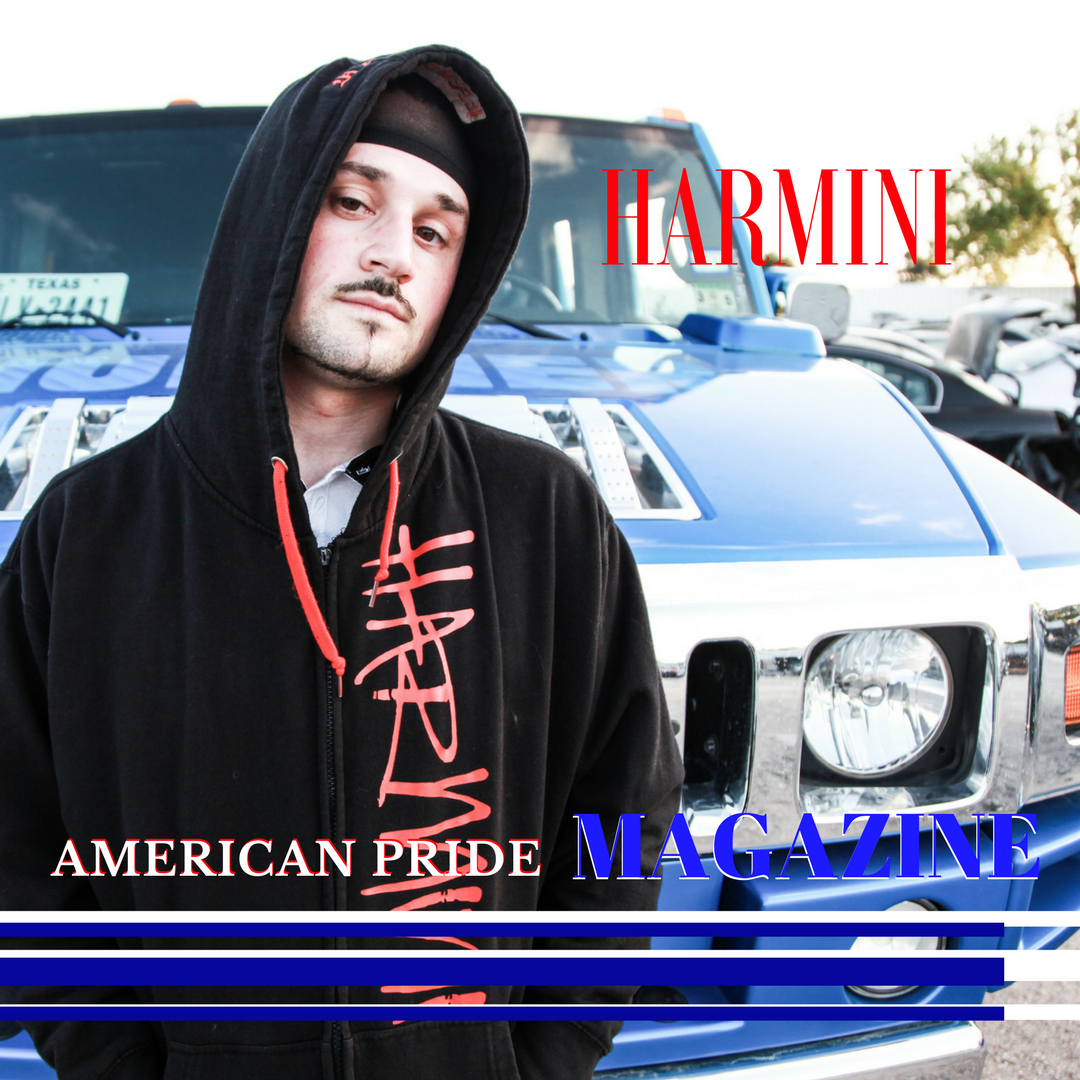 Everybody wants to be remembered, but it’s important to realize that true success isn’t measured by the amount of things we have in life. Real success is measured by how much we are able to help others while traveling the road to our own personal destination.

Band Name: HARMINI
Person Interviewing: Dominic Bonsignore
I’ve been through a lot in life..
Making bad decisions I’ve learned the hard way but I’m hoping that putting all those stories into my music is the way that I can best help others with those lessons.
What defines “Success” to you..
Success is being able to live out your passion, while simultaneously impacting people’s lives for the good. If you can do that and manage to make a living at the same time, you got it made kid. Everybody wants to be remembered, but it’s important to realize that true success isn’t measured by the amount of things we have in life. Real success is measured by how much we are able to help others while traveling the road to our own personal destination.
What piece of music advice forever changed your way of thinking…
That’s a great question. And one that I can definitely answer. Several years ago, I was sitting at a round table meeting with a bunch of youth leaders from my church. Somehow we landed on the topic of music discussing the difference between what a quality artist looked like and what an average artist looked liked. And in the midst of that conversation, my Pastor said something I will never forget.
He said “if an artist who wants to sell 500,000 copies of their record, then you need to make a record that is going to sell 500,000 copies”. Now, to some people that may have went over their head and not effected them at all. But for me, it completely changed the way I viewed my approach to music. Why? Because so many artists, including myself at that time, had no real understanding of what it meant to be a professional. We didn’t record in a professional studio, we didn’t hire a professional mixing engineer, and we didn’t hire a professional mastering engineer. No. Instead, what we did was we recorded in our bedroom closet, adjusted the sound levels of each vocal track, threw on some reverb and a couple audio effects, and then turned up the master volume and called it a hit.
We were such amateurs back then. Just a bunch of little rappers running around in our diapers trying to spit on the mic hoping somebody would listen to us haha. But after that day I left the round table meeting with my Pastor, something clicked inside of my head. I knew that I was going to have to do better. So from that day forth I started making sacrifices to up my game. And i’m glad that I did. Because it became a game changer for my music career.
Money..
Spending money in the right places is really important. Don’t go cheap and complain about spending money on your career. Sure, you need to test out different things and find what works for you. I like to put my budget into great production, video and images. I have Harmony productions as well which helps artists to create better music.
Music streaming..
As an artist it’s important to get paid for what you do but you need to weigh the benefits of live streaming reach in contrast to the costs of putting music out.
Pride..
You have to learn how to be you with out ego. Be proud but don’t have false pride. You need to know who you are and what your capable of but not with ego, instead focus on your value and bring that the best way that you can. Get your mind set right and do the work.
I live in…
Dallas, Tx. The music scene here is really beneficial for artists who are willing to apply themselves. There are countless ways to make connections, and endless opportunities for artists to showcase their talents.
My music is…
unique, valuable, and different than what’s normally played on the radio. As a story-teller lyricist, I use my gifts to paint vivid images on the canvas of people minds. My artistry goes way deeper than just money, sex, drugs, and violence – which is primarily what most rappers talk about nowadays. In my opinion, they all sound the same. There is no originality in their music anymore.
Every song sounds like the next song, to the point where you can almost predict what each artist is about to say next. It’s sad, and a counterfeit to what real music should sound like. My focus is to shift the culture of rap music back into a creative lane where artists can be free to have originality again. I think the forefathers of rap music would be extremely disappointed if they saw where rap music has ended up. I don’t even listen to the radio anymore because of how worthless rap music has become.
When I sit down to write music, I always have a story in mind that I want to tell. A story that is layered with meaningful principles, core values, and life-breathing messages that can benefit a persons life long after the music has been turned off.
Song name: IF I GO AWAY
Music Genre:: Rap/Hip-Hop

This song is about…
Choices Vs. Consequences.

Synopsis.
A young man, raised in the church finds himself face to face with demonic influences of ungodly peer pressure. After a series of compromising choices, the young man is forced to stare down the barrel of his worst nightmares.

Controlled by his addictions and the outcome of his decisions the young man is chained to a destiny of imprisonment. Compelled to leave his fiance, his unborn son, and the teachings of his youth behind, he sets out on a journey that will soon change his life forever.