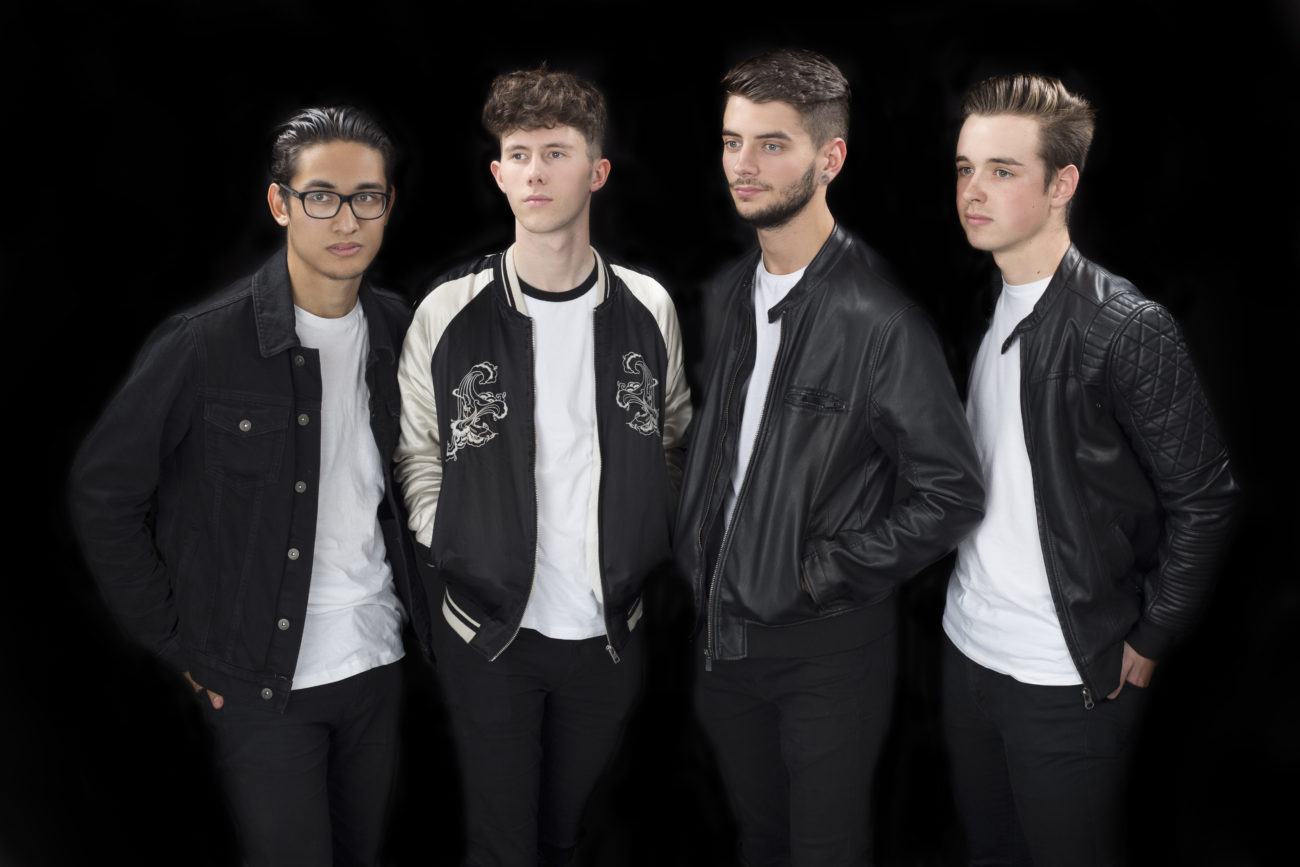 (Sean) I myself feel that the music industry can sometimes be a bit one sided
and hard to break into. A reason for this however is the massive influx of artists that try to “make it big”. As a band we feel that to get noticed, we have to put ourselves out there and be a bit different from everybody else. We take inspiration in seeing newer bands headlining festivals, getting played on the radio and gaining a strong fan base. I think the industry is a hard nut to crack, but not uncrackable.

GETTING TO KNOW ALTIUS
by Jacqueline Jax host of A.V.A Live Radio

(Alex) I feel like the music scene in Edinburgh is limited by people
who have nothing to do with the city’s music industry and loved and hated at the same time by everyone who is
physically part of it. As a musician trying to start of in Edinburgh (not for the first time) there are very few people who will genuinely try and help you make a start. Luckily because this isn’t the first time the majority of us (in ALTIUS) have had to make a start it’s a much more pleasurable experience, as we know a bit more about what to avoid and also how much work has to be put in to make it in Edinburgh. The volume of venues is only rivalled by Glasgow in Scotland and whilst the range of size stops at the Corn Exchanges roughly 3000 capacity, there is a vast collection of intimate venues with some of the biggest names n Scotland.

(Sean) I myself feel that the music industry can sometimes be a bit one sided
and hard to break into. A reason for this however, is the massive influx of artists that try to “make it big”.  As a band we feel that to get noticed, we have to put ourselves out there and be a bit different from everybody else. We take inspiration in seeing newer bands headlining festivals, getting played on the radio and gaining a strong fan base. I think the industry is a hard nut to crack, but not uncrackable.

(Alex) I feel like the music industry is indisputably difficult
to make an impact on initially and equally as hard to stay a part of when and if you do eventually ‘break through’ so to speak but I wouldn’t want to be part of any other profession or industry. My favourite quote that I think I’ve ever seen is one by Hunter S. Thompson that I saw on the urinal in King Tut’s Wah Wah Hut in Glasgow, it reads “The music business is a cruel and shallow money trench, a long plastic hallway where thieves and pimps run free, and good men die like dogs. There’s also a negative side.” I thought it was great because one of the main reasons I enjoy being part of a band striving to make it in such a vast industry with so little chances is there’s constant challenges, hurdles and set backs that you have to work to beat, it’s interesting, there’s never a dull moment in the living, breathing beast that is the music industry.

(Sean) We are a very new band,
so experience is something that will come to us in time. It is a fortunate position we are in as we have 4 members that are willing to compromise and work hard. We have had more pros than cons to this point, the main pro being that we are a cohesive unit and have been from the first note played in our first practice session. Also having such great support from friends and family is brilliant, so a shout out to them.

(Sean) It was a funny situation we were in when the band came together
with the four of us. Since the inception of the band came from Alex and Oscar, who had played together previously, they were on the same wavelength about the songs. As Ross and I had played together, we were also a very skilled pair. The struggle was, we had never all played together before our first practice session but there was hardly a snare or note out of place.

(Sean) I think I can speak for the band when I say Matt Bellamy from Muse,
just because he’s one of the most talented musicians in the world, has created one of the biggest bands in the world in Muse, and is so completely bonkers.

(Alex) Another heavy influence
that I would love to spend time with in order to pick his brain about lyrics would have to be Alex Turner. I personally feel like he’s one of the most developed musicians and also frontmen of our generation. He managed to write lyrics about things as simple as going out and getting smashed with his mates and make them sound like a work of art. I feel he’d be the sort of person who would have endless stories to tell about his experiences and endless advice to go along with it.

(Alex) Oscar and I met when we were both on the Popular Music course
at Edinburgh College and we started speaking through mutual friends. We were initially in another band that I was part of at the time and Oscar was recruited as the bass player. After a while me and Oscar started writing for fun in college and eventually had a few ideas that we were working on. The first full song we finished was an ALTIUS song called ‘Early Days’ (That will be one of the songs from our debut EP). When we had our first song we begun to think more seriously about creating our own band and asked Sean and Ross who were friends with Oscar and I at the time if they would be interested in creating a band. When we realized how similar our musical influences were we realized how enjoyable writing as a band would be. We all wanted to perform live, we all wanted to create music and we all wanted to create the same thing, a new sound that included all of the individual influences we shared.

(Oscar)The creative process for ‘Born To Be’ began with myself.
I created the song on my laptop in my bedroom. I started the song with a drum beat made up on Logic Pro, which I then layered a guitar riff on top of, followed by bass. The drum beat was the first thing that struck me as the makings of a good song and was a rhythmic idea that had been in my head for some time. This is what made ‘Born To Be’ peculiar as usually my songwriting process focuses solely on guitar to begin with. This made me think differently, and by constructing the guitar parts around the beat as opposed to the other way round, it resulted in a song based on the beat and rhythm compared to my usual songs which are based on the guitar content. When I was happy with the song I gave it to Alex to write lyrics and create a vocal melody.

(Alex) At the time I was in a relationship and the lyrics to ‘Born to Be’
were written about the relationship, saying how close I felt to the person and how the thought of being without them was a terrifying prospect to me, or in other words, I felt we were “Born To Be”. The vocals were recorded in my bedroom after the key of the song had been changed multiple times and our first single was ready for release.

(Sean) We have our debut EP to be released on 4th November 2016
consisting of 5 original songs all recorded by ourselves in our bedrooms. Expect an insight into modern teenage culture, mixes of experiences faced throughout our years. The EP will be a culmination of all of our efforts and so I think we have left no stone unturned in the process. The album feels like the end of one era and the beginning of another, and hopefully the listeners can see this transition stage in our lives and empathise. Every track is each to their own, with each song bringing a different experience. As we have heavy influences in bands like Royal Blood or Muse, expect a heavy feel to a couple of the songs. As a band, we feel the instruments do a lot of the talking, so we have let the songs orientate towards intricate lead guitar, with bass and drum action also a major feature. As this is our first EP together, we want to get everything right for it.

(Sean) Our band and members originate from Edinburgh, Scotland.
There is a vast history in this city, and musical history is no exception. Although, these days it is getting
harder and harder for new bands and artists to get a foothold on the performance ladder. In saying that, there is not for a lack of trying, with many new, exciting bands playing every day if you know where to go. Intimate venues are embedded within the city, from places like Henry’s Cellar Bar in which we are playing our debut show in November, to venues like The Liquid Rooms which can cater to popular artists as well as new bands, like us.