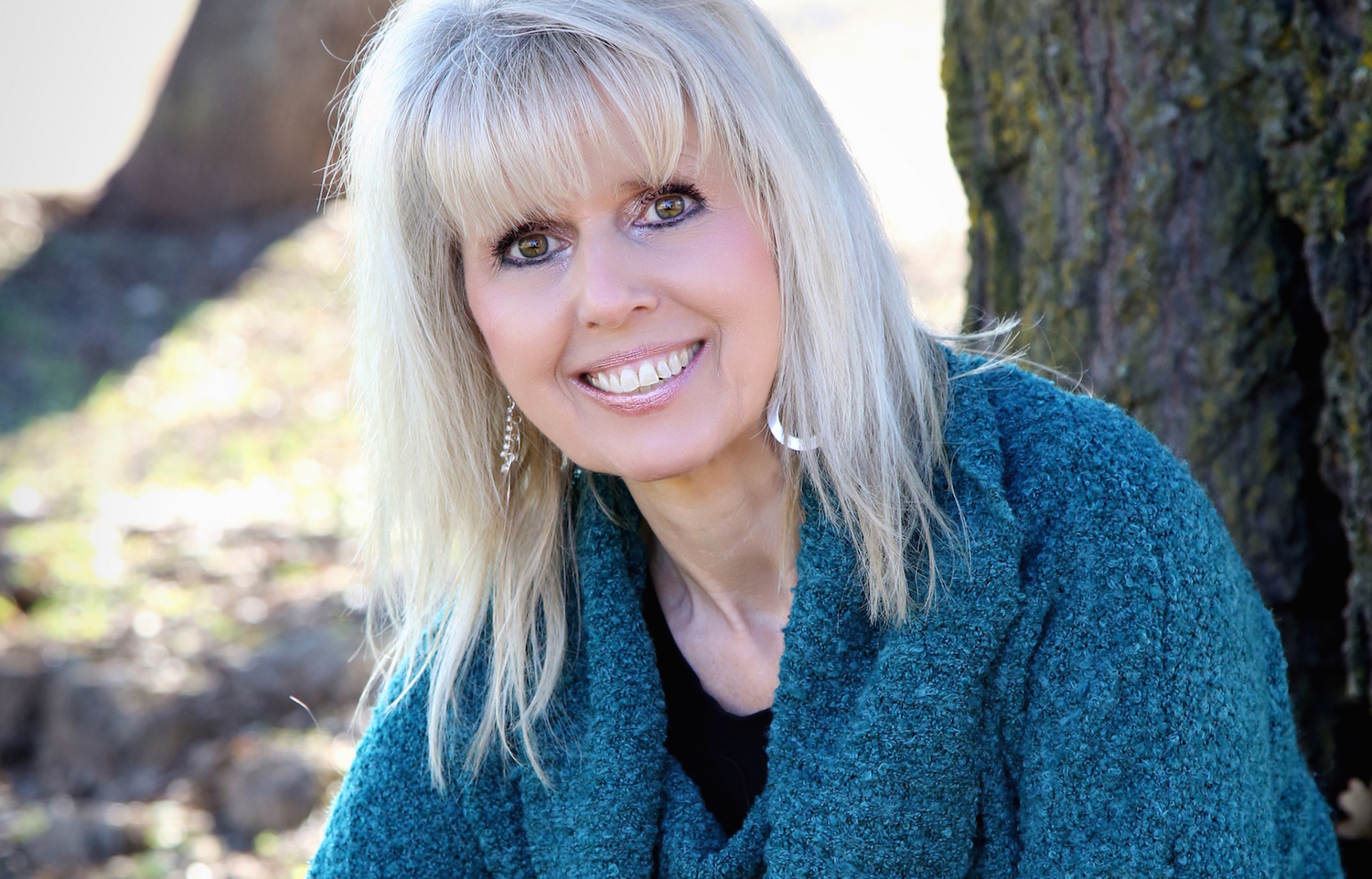 GETTING TO KNOW SHERI LYNN
by Jacqueline Jax host of A.V.A Live Radio

Overcoming hurdles and pitfalls…
Well, I feel it is so hard in the music business to truly know who to trust and who’s just out to make a buck. So I am learning to do plenty of research before accepting an offer for anything. I have found that Reverbnation is a great source of support. When you come from such a small community you fail to find anyone to really to collaborate with, so being on Reverbnation you find so many wonderful people who comment on your music, who want to co-write with you or who just want to be your friend. It’s an awesome place for anyone getting into music!

Social Media…
to me has been very helpful with getting my music heard. So far it has been a great experience. The challenges I have faced is learning everything from putting a music Video together and learning how to post it to Youtube, figuring out how to use Twitter, and that is still new to me so have more research to learn on that. Facebook is okay, but sometimes it’s hard to get people to communicate with you and open up. But all in all it has been okay.

Singles vs. an album…
I think releasing a single would be probably the best, I know myself personally, most artist that I listen to have certain songs that I really want to hear so really prefer getting a single than the whole album, well unless it’s someone like George Strait!

I have always had a passion for writing…
and about 3 years ago I had a work related injury which lead to the loss of the use of my right arm for awhile. I was unable to hold something as light as a writing pen or a fork to eat with, until 2 surgeries and 65 physical therapy sessions. Now I have been blessed with about 75% use back. While going through all this my biggest fear was not being able to hold a pencil to write again I always loved to write, weather it be journaling, poetry, letters, writing children’s stories just anything as long as I was able to put it all down on paper.

When I was going through so many changes in my life from losing a job that I had for 20 years to the pain of the injury I went into sort of a silent depression. I thought back, what did I do when I was at the lowest point of my life? I needed to get myself busy to get my mind off all that I was going through. Then I thought back when I lost my mother to suicide, the only thing that pulled me through was writing poetry at that time. I would sit and write and the tears would flow, but in time it lifted my spirits and I felt closer to her when I wrote about the pain she must have been going through. So I decided if I could turn to writing with something as life changing as losing my mother to suicide and pull myself out of it, I can do it again.

This time I chose Song Lyric writing. My first song was produced at Paramount Song in Nashville, TN I was so excited I couldn’t believe how my words came to life with music, it was a total amazing experience. There was only one problem, my first song was way too long. I didn’t know how something that didn’t look like much on paper, could turn out to be such a long song. So I wanted to learn more, so started researching song lyric writing online. “Songs of Yesterday” is the second song I ever wrote, I was so happy with it I sent it to a competition at the Great American Song Contest in Portland, OR. It was chosen as a finalist! This is what the judges said about my song; “Songs of Yesterday” The heartwarming premise is eloquently communicated. And the hook beautifully personifies the heart of the touching theme.

It’s a pleasure to hear songs of this caliber. CONGRATULATIONS! I hope we’ll hear more from you in the years ahead. Good Luck and Keep Writing Songs! Judges Evaluation Summary “The Great American Son Contest 2014.” To this excitement, I felt maybe I did have a little bit of a talent to carry this love for songwriting further. I am working with Aerugo Productions, Paramount Song and Backwoods Recording Studios, all out of Nashville, TN for all my recordings, and demos.

Songs of Yesterday…
is about a young man sitting on the front pouch with his Grandpa, and he picks up his guitar and asks Grandpa what he’d like him to play, and Grandpa says, “Play me a country song, the way we use to do a Little George Strait or George Jones, play me a song I can sing along to.” Grandpa just wanted a good ole’ Country song.

All my music pretty much tells a story…
if you listen to the lyrics of the different songs I have written you will see just what the song is saying, and so many people can relate to my songs. Most of them are from true to life experiences. On “Songs of Yesterday” many people have told me how they can relate to the song because they have experienced sitting on the front porch with Grandpa, playing or listening to music. They pretty much can understand how special it is to spend time with Grandpa, and after all life is about making memories, because in the end that is all we’ll have to take with us when we go, what a better way than to have memories of Grandpa and music.

To date all my songs are copyrighted and I am a member of BMI, they have been posted on social media on Reverbnation, Twitter, and Facebook.

Valley Springs, CA…
Currently there isn’t any music scene in this little country town, and there aren’t any places to go here in town to enjoy music. I have been to a couple of concerts in the town of Jackson CA which is about a 20 mile drive from Valley Springs. At the Jackson Rancheria Casino, They have had several country artist over the years which includes names like Kenny Rogers, Josh Turner, Sara Evans, among many other artist.

I would Love to have 5 minutes alone with… George Strait. He is my all time favorite country artist, his music tells a story that everyone can relate to. His music has been a big part of my life, and when I hear certain songs it takes me to that memory, that other place and time. Music I feel is all about emotions, and he can take and bring out the emotion in all his music. I have been blessed to see him in concert twice in Sacramento CA, but have never got to meet him in person. I admire him so much for staying true to Country music, the reason behind writing the song “Songs of Yesterday” is because I wanted to write a song that George could be a part of, even if only in a song.

Music tends…
I feel that traditional country has kind of taken a back seat here lately, and pop country is taking over. My wish is to see more traditional country back on the radio. I really do miss the George Strait, Alan Jackson, Travis Tritt, John Michael Montgomery sort of music on the Radio. I find I flip the radio dial more than I use to now that most the radio stations play more pop than traditional country.

I am most afraid of…
I think what I am most afraid of is “Being Forgotten.” I don’t know but it’s always crossed my mind, will anyone miss me when I am gone? Will I have left a part of me behind, so hoping leaving behind the songs I have written will hold some wonderful memories for those I will leave behind.

Being new to song lyric writing I have …
succeeded somewhat by having a couple of “demo’s” cut by former lead singer Cody Collins from the band “Lonestar”. These are only “demo’s” to pitch to other artist. But even at that I felt honored, that he would even accept something that I wrote the lyrics to. So I am very grateful to Tony Ray Jones from Backwoods Recording Studio in Nashville for making this possible.

My over all goal for my Life and Career is…
to write more songs that people can relate to, to open up the eyes of people all over the world to country music that tells a story, that will touch hearts, bring out the emotions of everyday life. To truly feel I am leaving behind a part of me for the world to see, hear and feel all though a song.. To hopefully write something that maybe a major artist would be interested in recording. To show all the doubters if you hold onto a dream long enough, you can make your dream come true. I know it’s a long shot, and every writers dream, but what is life without a dream..

1. I will continue on communicating with my fans on all social media, and my web sites.

2. Continue on writing songs and put them out there for the world to hear, and to keep believing in myself, to not let all the doubters change my way of thinking.

3. Continue to learn everything I can in what life I have left, this is a fairly new journey for me so there’s so much to learn in such a short time.