“I love music but it’s unfortunate that the business aspect can be corrupt and aspiring artists need to be very cautious to avoid the snakes in the industry who only want to take advantage of them. I’ve learned this the hard way and this is one of the reasons I am trying to get a non profit off the ground so I can guide others and help them avoid the pitfalls.” – @TORAWOLOSHIN

Listen to the Show
Episode #304 : A.V.A Live Radio Behind The Music with Jacqueline Jax :http://www.blogtalkradio.com/avaliveradio/2016/03/09/episode-304-ava-live-radio-behind-the-music-with-jacqueline-jax

GETTING TO KNOW TORA WOLOSHIN
by Jacqueline Jax host of A.V.A Live Radio

Music business…
I love music but it’s unfortunate that the business aspect can be corrupt and aspiring artists need to be very cautious to avoid the snakes in the industry who only want to take advantage of them. I’ve learned this the hard way and this is one of the reasons I am trying to get a non profit off the ground so I can guide others and help them avoid the pitfalls.

Pros and cons…
I’ve been betrayed and taken advantage of but as an artist, I can’t focus on that. All the cons are worth having the opportunity to reach out with my music and my story, and receive feedback of lives being changed because of the music I’ve created. There really is no other feeling like it…and to be on that stage relaying that message straight to their faces.

Hurdles and pitfalls…
Staying positive and focusing on the music. Lot’s of exercise and healthy food.

Social media…
I like social Media’s ability for exposure and expression but honestly, it’s so difficult to set aside the time to spend on social media and I struggle sometimes for what to say. I don’t like just putting out random messages that seem forced or fake.

Challenges that you’ve had to overcome…
I’ve had so many challenges but again, I want to focus on the positive aspects of my career. The challenges have made me who I am today and have inspired a lot of my music.

How do you feel about releasing singles vs an album…
I always prefer releasing a full length album. Almost no one does the album thing anymore and it’s sad. The album gives you the full scope of a complete story and takes you through it like a movie if it’s done right.

I try to market myself through social media but haven’t yet mastered it. That’s one side I need is a good marketing team.

The new album I’m writing now, “XXVII”, is a matured evolution of today’s pop…
and I feel it has the power to change a lot in the industry. I feel like trendy and contemporary is no longer current. Music is going to start going backwards, to the days of reality and live instrumentation. The soul will return.

I am most afraid of… Losing those I love the most.

My personal definition of success is..
A singing contest called “Lucky Break” was a memorable success because it was a long hard stressful ride to the win. Lots of auditions and filtering and months of competing and having to learn songs in a matter of days. On the Final round, my step dad, a couple friends and I had to pack our bags for the long road trip to Seattle for my X Factor audition. I won the contest! And minutes later we were on the road to another success which was X Factor. 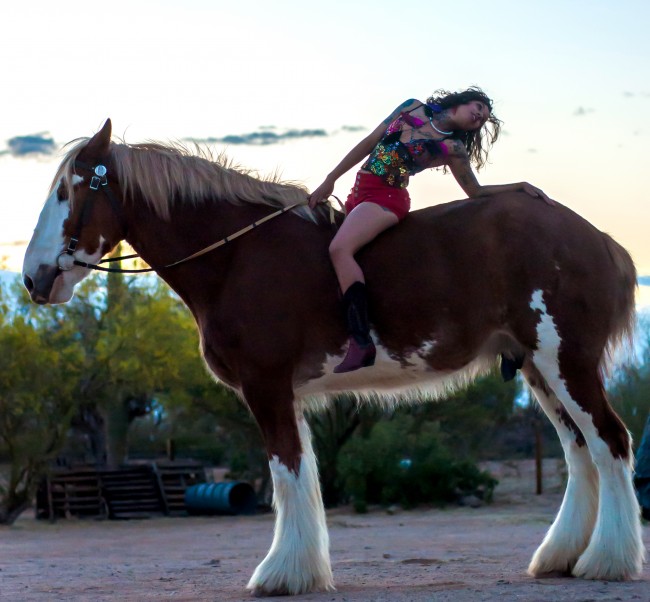 X Factor was an amazing experience…
I learned a lot about myself and how much I can handle as a performer. It also brought out the best in me as an entertainer and strengthened my endurance and ability to learn songs on the fly.
There are many advantages and pitfalls of competition shows like X Factor. They test your abilities and strengths and pull out your weaknesses. The further you get in the competition, the more strict the contract will be. But there’s also huge amount of exposure you can gain.
With a competition like X Factor, it gave me amazing exposure, I gained so many new fans. So that definitely helped me keep things moving after X Factor. I immediately wrote and produced a full album and held a sold out cd release show for it, then signed to an indie label soon after.
If you like competing, I would recommend shows like X Factor.

My over all goal for my life & career is…
to change the world, save the world, fix the world. Through my music, organic growing around the world and conservation.

1)Doing the things I don’t necessarily want to do. The rough, drawn out tasks of keeping up with a career are always the ones that bring you closer to success.

2) Pushing myself to exercise daily.

3) Resisting temptation. Stay away from those unhealthy foods and resist temptation.

My mother noticed…
I had singing ability when I was a toddler. I used to make up little songs and record them on cassette. She put me in all different music classes including dance, theater, acting and music/voice.

Guns and Roses…
is about the pros and cons in a love/hate relationship exploiting both sides. The pain and the beauty.

The album…
I’m working on now is called “XXVII” Which is Roman Numerals for “27”. As I turn 27 this year, I realize all the struggles I’ve had and everything that’s happened. Then I think about all the amazing artists who lost their lives at 27. They even made a name for it. “The 27 Club” I can definitely relate to all those artists as well. I went through a difficult stage in my life and through overcoming my weaknesses, I will begin to see my successes. I want this album to reach out to those who have struggled and say “It’s OK” “It’s all a part of your growth and strength.. They say, before you can truly reach your greatest success and happiness, life will put you through your most painful. You must be strong and smart enough to be able to handle such power.

I am back and forth from Arizona and LA…
Arizona is very slow and it’s music scene is practically non-existent. LA is filled with aspiring talent and there is an amazingly broad music scene.

I love Cafe Primo on Sunset. But in Arizona I love Mt. Lemon. Mt Lemon is a high peak near Tucson where you go from desert to pine forests in less than an hour. It’s peaceful and serene.

I love to grow organic produce and work with horses. Hiking, camping, fitness and health! And I went to school for Automotive Technology, love to race cars!

I would love to have 5 minutes alone with…
Oprah. Her story is extraordinary like mine. And her need to help the world is like my passion to fix it.

Bio:
Recently touring with B.O.B., The LA born, Tucson Arizona based recording artist Tora Woloshin is an emerging force on the Pop music scene. With explosive live shows featuring her sexy and soulful vocal tones, she performs today’s top hits along with her emerging hit making original material. Tora has developed a musical style that is a hybrid mix of elite influences such as Lady GaGa, Mariah Carey, One Republic, and Michael Jackson.
The Tora Woloshin vibe is a powerhouse musical cocktail of Pop, R&B, and Rock. Not only musical, Tora has many hobbies such as: Farming, Training horses/dogs, Racing cars, making stage wear for her performances and has also been professionally dancing/choreographing for over 15 years. America saw Tora on the inaugural season of Fox Television’s hit reality show, The X Factor USA. She opened the season by wowing all 4 judges with her rousing rendition of the Jackson 5 timeless classic, “I Want You Back.” She was one of the top 32 contestants/top 8 girls put through to the “Judges Homes” round where she continued to fine tune her skills and was mentored by Simon Cowell who called Tora a “little rock star.” Following X Factor, Tora signed with Fli Life Music out of New York and Miami, who released Tora’s first single, “Guns & Roses,” in June of 2012 with a strong response from fans and those in the music industry. The song was produced by the dynamic Los Angeles based duo, The Fliptones. Tora ended her contract with Fli Life in 2013 and is now writing and producing new music and seeking collaborations and opportunities with those who share her musical vision.
After opening for Ne-Yo at the Celebrity Theatre early 2015, Tora began her world tour called #TigerInvasion which started in China.