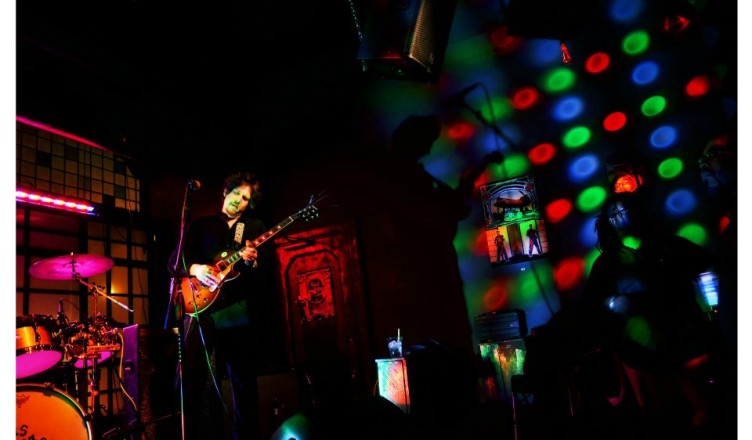 “Success is feeling fulfilled by what you are doing, but at the same time constantly evolving. I believe you have to always move forward in what your passion is. Do what you love.” – Johnny Kasai @ElectCircSounds

Live to the interview: http://www.blogtalkradio.com/avaliveradio/2015/06/18/episode-240-ava-live-radio-behind-the-music-with-jacqueline-jax

GETTING TO KNOW THE ELECTRIC CIRCUS
by Jacqueline Jax

I think it all began with a sesame street piano that had 3 or 4 keys? My parents were apparently a little worried because I sat at it for hours on end. Then there was always music playing in the house. The Doors, Sly and The Family Stone, The Moody Blues, Led Zeppelin, Joseph and The Technicolor Dreamcoat! I played in the band in early school, but got kicked out because I kept wanting to switch instruments and bring them home just to fiddle around. My Uncle Scott taught me how to really play guitar.

The Great Escape…
is about escaping the bounds of material reality. All of us are so caught up in what we see, and that’s what we know, but I think there’s something more. Music is my way of escaping, maybe reaching something higher? You know that feeling when you hear something that gives you chills? I imagine if there is a heaven, that is what it would feel like all of the time. (Purchase: https://electriccircussounds.bandcamp.com/)

The Electric Circus 1…
is a hard psych rock album. Done in the vain of a 60’s psychedelia, but more influenced by music happening today. It is meant to be played loud. The songs are all a product of sudden immersion with an idea on any given instrument. Listen to the EP all the way through and hear the sounds evolve to get an idea of what’s coming next..
St. Paul, Minnesota…
The music scene here flourishes, but not necessarily in any one direction. There is so much diversity in sound within the Twin Cities, it’s crazy! A lot of music, really anything you would want to hear. Plus, you can always go fishing!
Success is…
Feeling fulfilled by what you are doing, but at the same time constantly evolving. I believe you have to always move forward in what your passion is. Do what you love.
BIO:
Currently ranked #1 on ReverbNation for rock in Minneapolis and St. Paul, MN within 24 days of first ever release.
Emerging from a warp in the space time continuum, filtered through ethereal sounds emitting from the cosmic energy of the universe, channeled into the mind. The Electric Circus is the solo project of multi-instrumentalist Jonny Kasai, entirely self produced. Based around a 4 piece band in the vein of 60’s psychedelic rock, but equally inspired by modern psychedelic music.
Social Media:
https://soundcloud.com/the-electric-circus-2
http://www.reverbnation.com/theelectriccircus4
https://www.facebook.com/theelectriccircussounds
https://twitter.com/ElectCircSounds
Link to Purchase Song:
https://electriccircussounds.bandcamp.com/
Share
Facebook Twitter Pinterest Linkedin