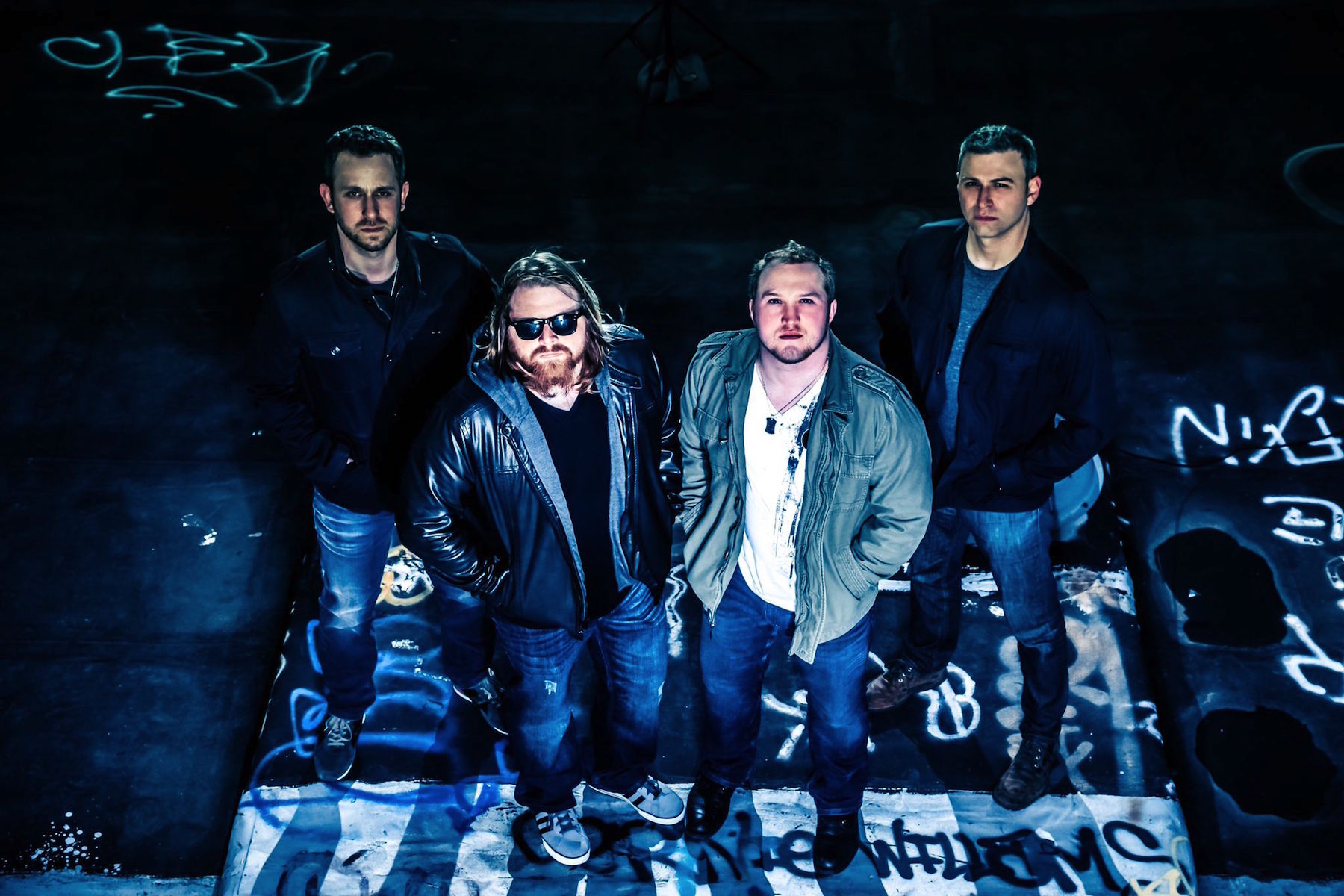 “Artists aren’t making nearly the money they once made. That coupled with a lack of label support and development has essentially killed the concept of the “ALBUM.” Instead, today it is all about touring and selling merchandise.  ” – @evfalls

Listen to the interview
Episode #314 : A.V.A Live Radio Behind The Music with Jacqueline Jax : http://www.blogtalkradio.com/avaliveradio/2016/04/13/episode-314-ava-live-radio-behind-the-music-with-jacqueline-jax

Music business…
Years ago, musicians actually made money from the sale of their albums. Today, music fans play free music videos on YouTube, stream songs for free on Spotify and Radio, customize Internet radio stations on Pandora and consume music a zillion other ways. The fractions of pennies artists make for each of these services are nearly impossible to track.

For example, you’re a megastar, your songs stream on Spotify – or Rdio, Pandora, or YouTube. You still sell downloads through iTunes and Amazon, and you still sell old-fashioned CDs in old-fashioned record stores. But, artists aren’t making nearly the money they once made. That coupled with a lack of label support and development has essentially killed the concept of the “ALBUM.” Instead, today it is all about touring and selling merchandise.

Social media…
In today’s music world, all musicians need to embrace their inner-social media guru in order to get their names and their music out there. Up-and-coming rock stars like Everything Falls have plenty of opportunities to get discovered. At minimum bands should signup for the primary social media sites – Facebook and Twitter – as well as Pinterest, Instagram, YouTube, SoundCloud, ReverbNation, and Band Camp. Each platform provides bands an opportunity to reach both current and perspective fans.

The main challenge has been to fully optimize each social media venue to ensure that you are properly reaching the end-user in a way that they have come to expect from bands.

Singles vs an album…
So far we’ve always released EPs. That way we can focus on promoting each and every song. With a whole album some songs would get lost in the process. With the EP every song gets its chance to shine. Plus, it makes our writing that much stronger.

I would love to have 5 minutes alone with….
That’s a tough question. There’s a lot of people that I admire and have learned from. I would say John Fogerty, Eddie Vedder, Chris Cornell, Shawn Morgan, Adam Gontier just to name a few. I like to surround myself with great musicians and song writers.

Current and trendy, Is there a balance…
You have to definitely pay attention to the changing tides of the industry and just society in general. I think that affects the way you mix and package an album more than anything. It doesn’t so much affect the way I write.

I am most afraid of…
Heights. I can handle some situations, but vertigo kicks in when I get too close to an edge or something.

My personal definition of success is..
Being able to make a career out of recording and playing music. My success story is this band. I’ve been working on Everything Falls since 2010. In 2014 I finally left a high paying job to create my own business (the band) and I’ve been working at that for over a year now. I have three employees, an accountant, a lawyer, a marketing director. All of these things sound very foreign when you start to say them, but I worked hard to build the current team that I have. Of course you have to write songs and actually be a musician on top of that as well. I’m very proud of all of the songs I’ve released and even the one’s that have yet to be released. Being a musician is definitely a wild ride.

My over all goal for my life & career is…
short-term band goals are to release four singles for our sophomore EP Through The Storm (“Let It Go (Enemy”, “This Time”, “Burn”, and “Daylight Takes The Dawn.”) Additionally, we also intend to be back in the studio around the first of next year to start working on our third EP.

1) To set realistic goals and actually go out and accomplish them. This has helped keep me properly motivated and grow both personally and professionally.

2) Be proactive and remain adaptable with bringing creative solutions to help the band build and maintain a competitive edge in the local music scene.

3) Go beyond what I know how to do as both a person and an artist. I feel that the way to have real confidence is to build it. I enjoy feeling the unique joy of breaking though my own limitations and learning.

I always sang when I was younger…
If I didn’t have the lyrics to a song, then I’d sit down with a piece of paper and listen to the song over and over until I had all the lyrics. It was a hobby of mine I guess, but it helped me later on when I started writing songs. I picked up the guitar at the age of 12. My best friend at the time played guitar. When I would go to his house he was always playing, so it became kind of boring just watching him play and I figured I should probably learn to play too. I played in a high school band. We played around my hometown at middle school dances, local festivals, we even played a wedding reception once. I was probably 18 though when I realized that music was something that I was very passionate about and that I wanted to pursue. From there I put myself through college at MTSU where I majored in the recording industry program. MTSU is one of the top recording programs in the country. I believe it was something like only 52 candidates made it into the program every semester. So, you started out with massive classes and by the time you were at the end of the program there might have been 15 people per class. I specifically put myself through that program because I wanted a career in music.

Daylight Takes The Dawn…
from our sophomore CD Through The Storm. I wrote “Daylight Takes The Dawn” (DTTD) back in 2012. It was always meant to be that song about an artist on the road missing his family. I pictured the cold weather and the long days of being away from the people that I love the most. Hopefully, most people will say that I sold that idea.  The recording of DTTD took place at Barbershop Studios in Hopatcong, New Jersey. You can find video of us actually tracking the song on our Facebook page. Quite a funny video! We had a blast though and tried to really sink our teeth into this song. It’s definitely a stand out track from our sophomore CD Through The Storm.  The video for DTTD was filmed, directed, and edited by the TV/Film department at DeSales University in Center Valley, PA. The video was filmed on location at DeSales along with home scenes shot at mine and my wife’s current Townhouse in NJ. We simply stuck to the storyline conveyed in the song and tried our best to make it as realistic as possible for the audience. The weather even helped out nicely here in NJ by dropping some snow on the ground just in time for the filming. We had a wonderful team assigned to the project and we couldn’t be any prouder of this video. Everyone should check it out if they haven’t already! Also, share it like crazy on your social platforms!!! We truly need everyone’s support. (Support this band, buy the album now: http://ow.ly/10xj7F )

“Daylight Takes The Dawn”-FunnyI couldn’t help but share this video from the studio. Talk about working under duress! And, yes, the vocals are tuned up at the end. So, you’re not hearing things! Good times!

Posted by Everything Falls

Everything Falls burst onto the Washington D.C. metro rock scene in…
early 2012, touring for their debut EP Fight From Within. Fast-forward to the summer of 2015, and Everything Falls is set to release their sophomore EP Through The Storm. The new album is a collection of songs that front man Aaron Linkous wrote while touring in 2012 and in the years after while the band was relocating from Washington D.C. to northern New Jersey.   Throughout 2011, Everything Falls was just getting things started. After bringing Mike Smith on board to play bass, the duo eventually ended up working with Producer Scott Robinson at his Sonic Sweets Recording studio in Beltsville, MD. What was born there would be the band’s debut release, Fight From Within. It was released in November of 2011 and included their first mainstream hit, “Sorry To Say.” The video for “Sorry To Say” was featured on national media outlets such as Blank TV, Pure Grain Audio, The Cool TV, and Renegade Radio. In addition, Hard Rock Café, Planet Hollywood, Gold’s Gym, and Royal Caribbean Cruise Line chose to promote the single. The song was also used by nationally televised and British-based professional wrestling program, UK Wrestling Experience. Other notable hits off of the album were the singles “Come On” and “Everything That You Wanted.”  In late 2012, Everything Falls continued their promotional tour for the EP, and ultimately landed an interview with The Real Radio Show in Long Island, NY. As the band gained momentum, new opportunities presented themselves, and Linkous eventually made the difficult decision to relocate the band to the New York City metro area  In 2013, rebuilding of the band started. Kenny Sheldon, the new lead guitarist who was discovered at one of the many auditions held in the summer of 2013, quickly found his niche within Aaron’s songs. Unfortunately, it would be another two years before the band would be fully completed, with the lineup changing several times over. In early 2015, two additional band members were brought on board just before heading into the world-renowned Barber Shop Studios with Producer Brody Greif.

Comprised of Aaron Linkous, Kenny Sheldon, Ray Santini., and Matt Regan. Everything Falls is weathered, but not broken. “Everything Falls has accomplished a lot up to this point, but we still have so much room for growth,” said Linkous. “We’re hungry to break into the regional scene and to make our live show something that fans are lining up to see. I believe that our new EP was appropriately named. After everything that it’s taken to get back to this point, it definitely feels like we’ve been through a storm.

Fortunately, that storm forged a new path for our sound and helped to solidify who we are as musicians. We’re extremely proud of our sophomore EP, and we believe the fans will agree that it was worth the wait.”

Our goal is to build upon our regional tour schedule in the local area and market the EP through a few different social media avenues. Additionally, we have an online store on our website where our fans can purchase merch including our music.

My wife, Mandy, and I live in Springfield, New Jersey….
Living within a few hours of New York, Philadelphia, and Delaware the music is highly competitive with a lot of music venues to play. However, with the downturn in the economy, I think it has negatively impacted the number of venues that are willing to pay for quality entertainment from bands playing original material. To that extent, the main objective is to develop a loyal following and find a few well-established venues to perform. Mandy and I both share a love for hiking to waterfalls so we take a lot of day and weekend trips to get closer to nature. Additionally, we enjoy taking trips to historic destinations. We recently visited The Elms in Newport Rhode Island.