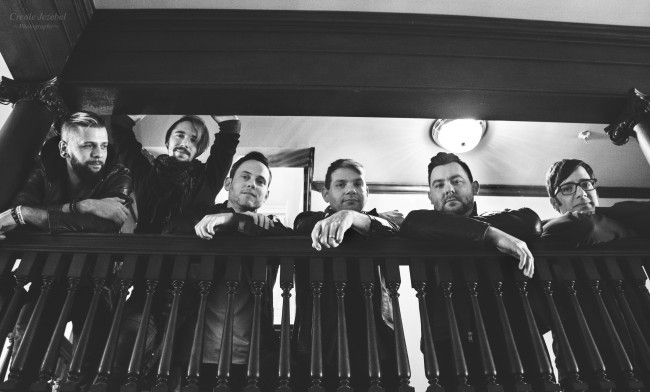 “The music business definitely has a lot of ups and downs in it. I think one of the biggest cons to the business is how much it is image related, I mean I get it, but I think the music itself is so much more important than how a band looks.” -@SecondbornUS

Listen to the interview
Episode #310 : A.V.A Live Radio Behind The Music with Jacqueline Jax : http://www.blogtalkradio.com/avaliveradio/2016/03/30/episode-310-ava-live-radio-behind-the-music-with-jacqueline-jax

Music business…
That question, oh man it’s a hard one to answer. The music business definitely has a lot of ups and downs in it. I think one of the biggest cons to the business is how much it is image related, I mean I get it, but I think the music itself is so much more important than how a band looks. I think one of the biggest pros in today’s music business is Social Media. There is a way for people to get their music out there now. Years ago if you weren’t on a major label you didn’t have the means to have your music heard by large audiences.

Social media…
We love our social Media. Twitter has been huge for us. We have just over 17,000
Followers and we love engaging with them and hearing about what our music means to them. With Facebook, YouTube, Twitter and Instagram we have been able to connect with so many people it makes us so happy to hear that our music has found places in their hearts.

Singles vs an album…
I think is all a matter of what you want direction you want to take with your music. We have a new single we are releasing and will have a second one soon after that one to market our new record coming out. I personally love having albums from my favorite bands, something I can turn on and get lost in.

We are releasing a few singles and videos to get people interested in the new album. We are hoping that we can create enough interest in the record with the singles that people will be waiting on pins and needles for the album’s release. We’re just trying to release as much content as possible.

I would love to have 5 minutes alone with…
I would say Dave Grohl. The man never ceases to amaze me. No matter how successful he has become, he just seems so grounded. Definitely someone I’d like to drink a beer with and just hang out.

Current and trendy…
I really do think that image has overcome music in some ways. We try to just stay true to ourselves and look presentable. We really want people to concentrate on what we have to say, not what we are wearing.

I am most afraid of…
Limiting myself to making music that would be best kept in a box. I want to push myself to create beyond boundaries.

My personal definition of success is…
The mere fact that people seem to enjoy our music is success to me. If people take time out of their schedule to come to a show or listen to a record rather than do something else…yeah, that’s incredible.

My over all goal for my life & career is…
Doing what we’re doing. I’m making great music with my best friends. It’s amazing.

1) Think outside the box. Sometimes a left of center approach will yield better results.

2) I’d rather live my life without a regret. That works both musically and non-musically.

Most of us have been in several bands throughout our lives…
some have made it a little further than others. Secondborn started as just friends wanting to write music they wanted to hear. It was just going to be a one-time recording project but as the songs progress and we brought in more people it took on a life of its own.

Say Love…
Say love is about learning to love yourself and not wasting anymore time being afraid to be who you are. We all have a personal journey to find out who we are and it’s not easy but it’s so freeing when you finally learn that you are wonderful the way you are and don’t need to change or pretend to be someone that you are not.

Once Tim got the chorus Melody recorded, the song took on a life of its own. After the ground work of the song was done the band all got together and added a piece of themselves.
Did anything sad or funny happen during the process.
Say love actually started with the Chorus Melody line, after about a week of Insomnia Tim was in the car and kept humming that line. And it wouldn’t get out of his head so he turned it into a song.

For our Current EP Symbols…
I think we really started to find the beginning of our sound as a band. One thing we really enjoy doing is taking influence from as many Genres as we can. The album we are currently writing and recording that is due out this summer, will be our first full length album. We have been really working on making sure every song is different from the last and Stands on its own. We have pulled influences from everywhere. We want to make a record that doesn’t sound like anything you have heard before. We have had a lot of “you sound like this band or that band”. What really makes us happy is that it’s a different band from each person that tells us that. We want to always be pushing ourselves to write something bigger and better than the last song/album and we also want to introduce people to something that crosses all of the rock genres. A little something for everyone, if you will.

Lafayette, LA…
We are all in Lafayette, LA. About 10 years or so ago the Music Scene was huge here. There were always amazing shows (local and national acts) happening. Since then it has died down. In the last year we have been seeing an upswing and there are a lot of people in town really trying to build the scene back up again. I think it’s great!

We have several venues that are still around and new ones coming up for live music
The District, Feed and Seed, Blue Moon Saloon and Artmosphere all have live music on a regular basis.

Tell me about one fun thing you like to do that can be music or non-music related.
Lee (our drummer) and Tim both teach music lessons at the Music Academy of Acadiana. Tim started the school because he wanted to give kids a place to learn music because it was such a huge part of his life and he want everyone to have the chance to feel that love.