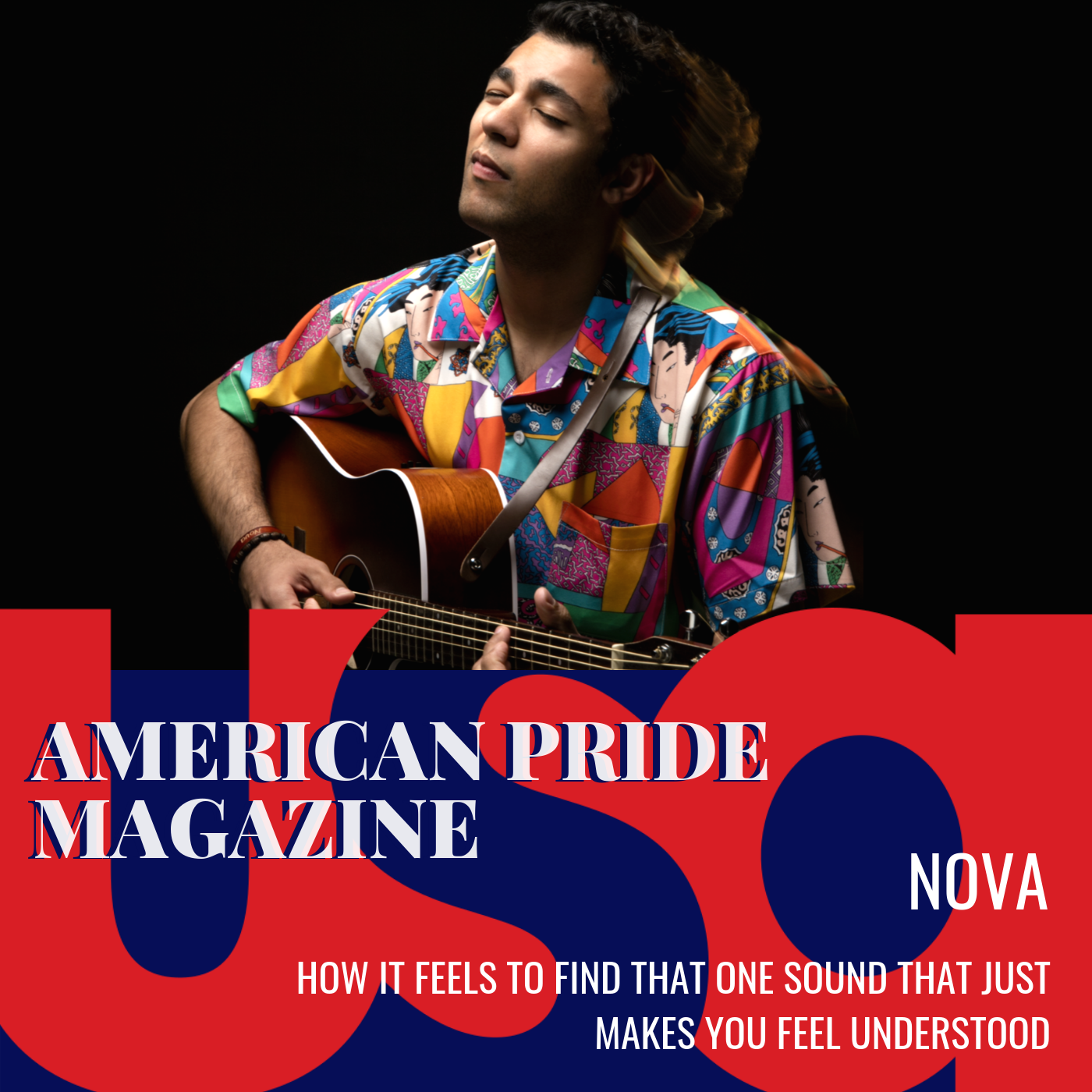 Every musician knows how it feels to find that one sound that just makes you feel understood, Sameh Marey of NOVA found that in the music world of LA. After relocating from a small city on the other half of the world for the same reason people have been moving there for years, he took a risk to follow a dream.

‘I set out to pursue music as a full-time job & lifestyle because it’s not just a job. Being a musician means being open to meeting all kinds of inspiring artists/creatives & collaborating with them. It means growing up & turning my angsty views about the world into, art that can resonate with people. It means fighting against myself & my own defense mechanisms on the vanguard of my comfort zone. It’s something I work hard at daily.”

NOVA bottled that sound up in a fresh new song that he’s just released called ‘Electrocute’. It’s a high-energy Latin jazz/funk hybrid that the artist is still swooning over.

“It was the most fun for me to record. It’s a quirky tune about meeting somebody with an ELECTRIFYING personality. I wrote it because I was inspired to create something that would make people want to dance. Something with a lot of energy, that takes you on a journey at the same time. I felt like the song was a bit of a journey for me to make, because it’s full of influences from all over: from your Prince, all the way to your Frank Sinatra.”

Where are you spending your time?
I’ve been living in the heart of Hollywood in Los Angeles ever since September 2017. Since then, I’ve been practicing my craft daily & spending most of my time creating, writing, producing, performing, & recording music. I’ve been a part of several bands of various genres & have played in many of the legendary venues I had previously heard that Los Angeles boasts. In general, I’m just focused on bettering my life & as many other people’s lives through the process of making music.

Where do you think you hover musically?
I like to think I tread the line between the classy crooning of Frank Sinatra, & the risqué, provocative energy of Prince & Jimi Hendrix. I cite these as my main influences because of what their music represents to me. I can’t hear one vocal riff from old blue eyes without immediately being yanked down memory lane, & remembering what it’s like to be a carefree child. I can’t hear a Jimi Hendrix solo that I don’t feel in my heart & bones. I can’t think of one Prince song that hasn’t inspired me in one way or another.

When did you know that music was the right path for you?
For as long as I can remember, I’ve always wanted to be a musician. I was always drawn to music, & it has so far been the one thing in my life consistently making me happy. There were times in high-school when I tried to let go of my dreams & focus on other things that would gain the approval of my parents. Eventually, my drive had outweighed my fear, & I knew that I would not rather be doing anything else in the world besides making music. I taught myself to sing at the age of nine, & when I was big enough to hold one, I bought a guitar off my friend & taught myself how to play it. I was always going to take the chance on music.

What do you like most about what you do?
The thing that initially made me fall in love with music was being able to just listen to it. Most of the joy comes after countless hours of hustling & practicing. But, once I’m able to just sit, listen, & enjoy what I’ve worked so hard to create, it’s pure bliss. To be in a position to be able to share music with people & try to ignite joy within them as well as just absolutely humbling.

What do you most hope to accomplish with your influence?
I hope to be able to share my music with as many people as possible. I hope to make a lasting impression on people’s lives, as someone they can relate to, connect with, or just listen to & enjoy. I wish to recreate the feeling of excitement & elation I had when I first heard my father playing show tune jingles those many years ago. The only way I can think to do that is to continue practicing my craft, making music & sharing it with people both digitally & personally through performance. I owe to music to ensure that I am the best at what I set out to do because music can save lives. I know because it saved mine.

What is the biggest obstacle you have faced in your career, and how did you overcome it?
Every new day brings with it its own obstacles. How I’ve gotten used to overcoming them is by looking at them less as obstacles & more as opportunities. I used to be afraid to get on stage because I was terrified at the thought of making a mistake. But, now I see every chance to get on stage as an opportunity to grow & become a more “independent” independent musician. I try to apply that mindset to all the little road bumps I come across going through the day-to-day dealings of the hustle. The obstacles are only as big as you make them out to be in your head, so I try not to focus on the ways failing would hurt, just what I would learn from the experience of trying to achieve something.

What do you want people to remember most about you and your career?
Just that I worked very hard to get to where I’m at right now, & that I will continue to do so as long as there is music in the world.

What are you most looking forward to this next month?
Well, I just released an EP this month, so during the summer, I’ll be focused on doing an L.A. tour with my band Funk Sway, to spread my music to as many listeners as I can. We’ve already had several successful shows at venues such as Molly Malone’s & the Whisky a Go-Go, & have several shows lined up in various other venues. I’m most excited about the reception that I would get from people. Whether people love or hate me, I’d just be happy that they’ve given my music a shot!