This seems to be the season for YouTube stars to launch clothing lines. Perhaps, this comes as a result of Youtube’s recent and dramatic decrease in revenue paid to Youtuber creators. It seems they are now stepping up their merchandising game to fund their film creating habits.

Jake Mitchell is the latest to debut his own clothing line. Mitchell, an 18-year-old British vlogger, is the force behind “Unique Be You”, which at launch includes 11 different items. 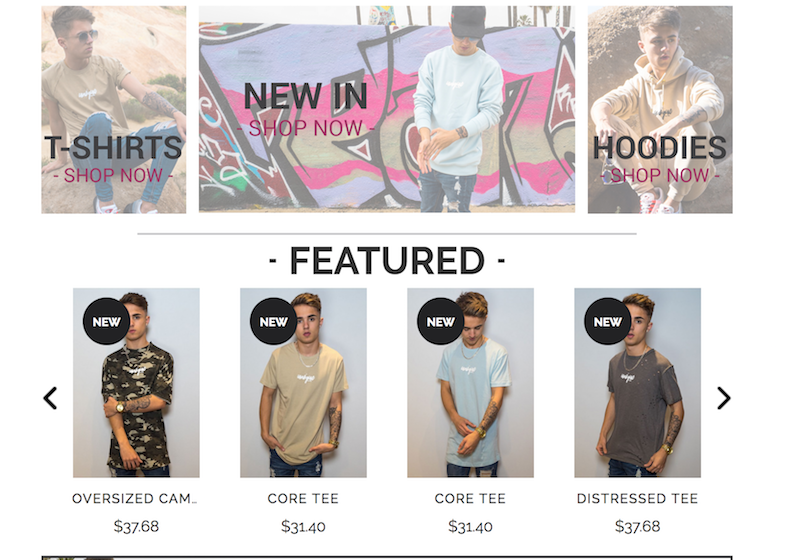 The Unique Be You lineup includes t-shirts, hoodies, and joggers (or, as us Yankees call them, sweatpants). Prices range from $31.40 for a t-shirt featuring the company’s logo to $62.81 for a fluffy sweatshirt. Orders above $75 in the UK are eligible for free shipping.

Mitchell, who has been making videos since he was eight years old, has developed into one of the top personalities on YouTube. Last year, he was one of two influencers tapped for a digital campaign to support the release of the action film Kingsman: The Golden Circle. As part of that initiative, Mitchell got a chance to wear some flashy attire — foreshadowing his foray into the clothing market.

In addition to the items that are available through the Unique Be You shop, Mitchell also sells apparel through merchandise platform Big Cartel. There, his fans can pick up plenty more pieces of Mitchell-themed clothing, including caps, backpacks, and jackets. Several of the items that are currently available refer to Mitchell’s first-ever tour, which rolled through the UK earlier in 2018.